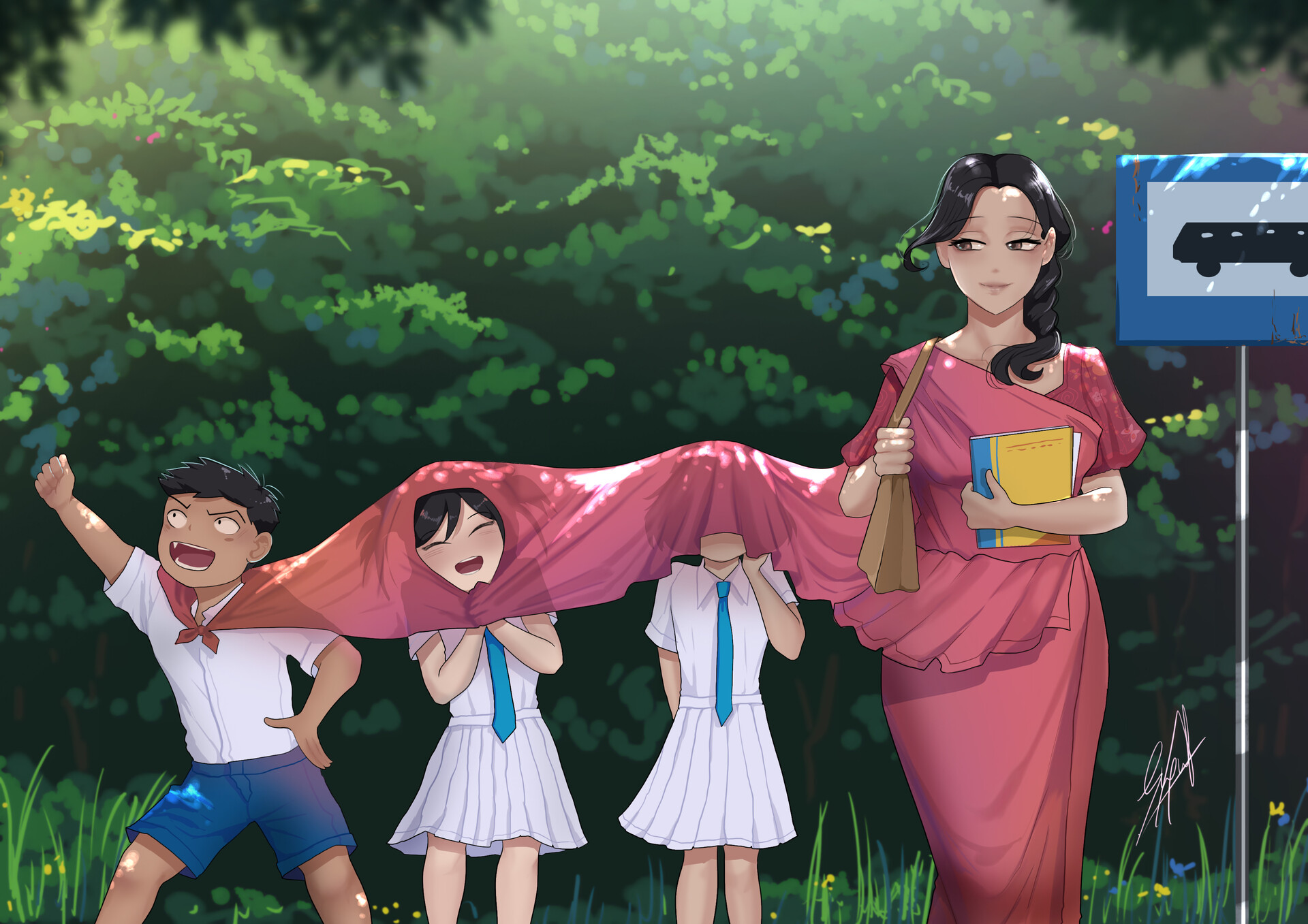 Ceylon Teachers’ Union (CTU) General Secretary Joseph Stalin claimed that the news currently circulating about their involvement in requesting a uniform allowance for teachers or that they are behind the campaign to replace sarees with convenient clothes for teachers were funded by the Government and baseless.

Speaking to The Morning, Stalin said that they had only requested the Ministry of Education to allow teachers to seek redress from the Government circular issued in 2022 which permitted public servants to wear convenient and comfortable attire by making the same applicable to teachers also.

“We requested the Ministry to let female teachers wear suitable attire as proposed by the Public Administrative circular. We did not want to remove the sarees of female teachers nor did we want to change the dress code of teachers. It was the Government which ran a campaign to infuse false news into the general public propagating that we were behind the campaign of the female teachers who wear casual attire instead of sarees. We are not part of that campaign,” he noted.

He also claimed that the amended circular with regard to the attire of public servants issued by the Government in response to the move of the teachers is also vague and needs to be clarified. Furthermore, he refuted claims that the CTU demanded an allowance for uniforms for teachers as claimed by some media outlets.

“The amended circular sounds very vague. We need to have a clarification regarding it from the Ministry of Education. Also, we never requested any uniform allowance as claimed in some media reports,” he said.

Stalin had recently requested the Education Ministry to apply a circular issued by the Public Administration, Home Affairs, Provincial Councils, and Local Government Ministry, which states that female public servants can report to work in any appropriate attire of their choice, instead of only the saree or osari (Kandyan way of draping the saree), for female teachers, thereby allowing them to report to schools in casual clothing.

However, Education Minister Attorney Dr. Susil Premajayantha recently said that the current dress code for school teachers will not be changed under any circumstance, further noting that such decisions could not be taken considering the request of a single trade union, as it does not represent the entire teaching community. Allowing teachers to change their attire by permitting them to wear different styles, he claimed, may set a bad example for children, who may also want to follow numerous trends at school.

Meanwhile, Public Administration, Home Affairs, Provincial Councils, and Local Government Ministry Secretary M.M.P.K. Mayadunne had stated that the circular in question was not relevant to schools, taking into account a request made by the Education Minister to define the same. However, female teachers in several schools had reported to work in casual clothing, after which it was reported that the Education Ministry had issued a circular making it mandatory for teachers to wear a saree or osari when reporting to work. However, the said circular was amended by the Ministry.

In a fresh circular, Mayadunne stated that the Public Administration circular issued in 1989 on the attire of officers in the Staff Grade and other circulars applicable to the uniform of officers, for whom a uniform has been prescribed, shall continue to remain valid. He said that the same had been decided at the Cabinet of Ministers meeting held on Monday (28 November). The two circulars, which were withdrawn, had permitted public servants to report to work in casual and appropriate attire due to the Covid-19 pandemic and economic crisis. The circular has been sent to all Ministries’ Secretaries, the Chief Secretaries of the Provinces, and Department Heads.

Samagi Jana Balawegaya (SJB) Opposition MP Rohini Kumari Wijerathna Kavirathna also claimed that this circular is intended to make female teachers don sarees forcibly. She further claimed that the Government is choosing to focus on sarees despite a lot of other more pressing issues in the education sector in need of attention. She made these allegations while speaking in Parliament yesterday (1).

“There are a lot of problems in the education sector. Children are facing many difficulties. But at present, the issue of teachers’ sarees has become the centre of attention. Now, on Wednesday (30 November), a circular was issued by Mayadunne. This has no claims about any attire in particular. It refers to circular number 8/89 of 1988. What is this circular? This was issued during the time of the late President Ranasinghe Premadasa. It happened when Premadasa visited a Gam Udawa programme held in Buttala.

“An officer had informed Premadasa about the work taking place on site. But, he was not wearing a clean suit, and therefore Premadasa had mistaken the officer for a labourer. Then, former Minister W.J.M. Lokubandara had informed the late President that the man he was speaking with was none other than the Divisional Secretary of the area. In light of this, Premadasa had then issued this circular which was referred to by Mayadunne in his circular. At that time, the circular ordered that males should wear a shirt and a tie when reporting to work. The Opposition at the time mocked it, asking whether males are not required to wear trousers. This circular is also the same. While 65% of the public sector consists of women, this does not clearly address the issue of attire for ladies including teachers. So, what should women in the public sector wear to work now? That is the point this circular should address,” she said.