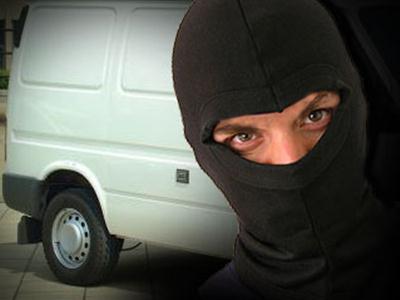 Former Consumer Affairs Authority (CAA) Executive Director Thushan Gunawardena has lodged a complaint with the Kirulapone Police on 10 October regarding an incident where a group of persons had arrived at his house in a white van on 7 October.

Gunawardena recently resigned from the said post, claiming that he had to face various political influences and threats while attempting to carry out the duties of the CAA independently.

Speaking to The Morning yesterday (11), he said that the incident is definitely related to his previous job (CAA Executive Director) and that therefore, a complaint was lodged with the Kirulapone Police on 10 October requesting an investigation into the incident.

Elaborating on the incident, Gunawardena noted: “I was away from Colombo on 7 October. That morning, three or four people have come in a white van and searched for my house. A woman in the neighbourhood had seen one of those persons in the van get out of the vehicle and say: ‘This is the house’.” According to him, the said woman had informed her husband about the incident who had in turn informed him (Gunawardena) of the incident.

“Accordingly, on the evening of 10 October and yesterday morning, the Police came and investigated the matter. They also investigated the closed circuit television (CCTV) footage of nearby houses,” he noted.

Adding that he has no intention of gaining security or any other privilege, Gunawardena emphasised, however, that not only him but everyone else should have a safe environment to live in and express their opinions. “People have the right to hold different opinions and no one can take it away. However, unfortunately, the country is moving towards a different direction now.”

Meanwhile, he had previously lodged a complaint with the Criminal Investigation Department (CID), claiming that he had received various threats when carrying out duties as the CAA Executive Director.

He further alleged: “The complaint lodged by Trade Minister Dr. Bandula Gunawardana regarding a statement I made was taken up promptly. When considering these incidents, it is very clear that certain politicians are manipulating these things.”

When queried about the allegation made by Thushan Gunawardena that the CID has not yet carried out an investigation into the complaint he lodged on 30 July, Public Security Ministry Secretary Maj. Gen. (Retd.) Jagath Alwis said that there would be no room for such threats. He further said that necessary steps would be taken after inquiring from the CID in this regard.

He further added: “But he also gives all these stories to the newspapers. He first gives the information about the death threats to the newspapers. Therefore, we also have doubts as to whether this is a propaganda campaign. People with more reasonable issues lodge complaints and remain silent.”

Adding that there were more important issues in the country, Alwis said that the Public Security Ministry was trying its best to look into issues such as terrorism and religious extremism. “While doing so, we look at these things as well. Tell him not to panic. The situation in the country is not that bad.”

Gunawardena recently resigned from the said post claiming that he was under pressure from politicians in carrying out the activities of the CAA independently.

Gunawardena also said that he had received the first call about the much talked-about garlic scam and the involvement of several Lanka Sathosa officials in the incident, after which he had received various pressures and even death threats to resign from his post due to his intervention in investigating the matter.

He further revealed that some agreements were to be signed between the CAA and traders and companies that import wheat flour, sugar, and cement in a way which is adverse for the CAA and the consumers. “If those agreements were signed, it would have been very disadvantageous to the CAA, and therefore, I didn’t sign them. My signature is essential for them to be signed; however, I opposed signing such agreements,” he explained.