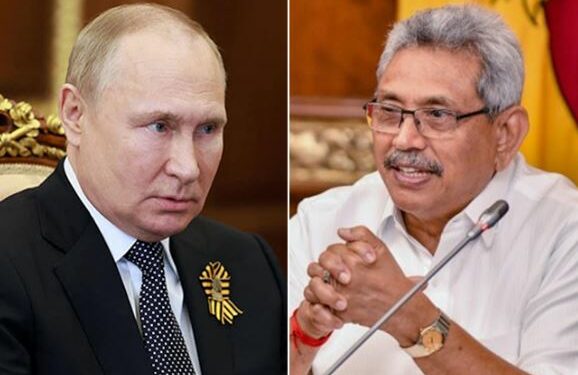 The visit by a Sri Lankan delegation to Moscow for discussions on fuel and fertiliser imports, which was scheduled for this weekend, has been postponed by a week, The Sunday Morning reliably learns.

Sri Lanka is in urgent need of crude oil, petroleum products, fertiliser, and coal to ensure its energy and food security.

According to the Ministry of Foreign Affairs, President Gotabaya Rajapaksa has written to Russian President Vladimir Putin regarding Sri Lanka’s situation and the need to purchase fuel and fertiliser.

It is understood that Sri Lanka has officially sought a Line of Credit (LOC) to purchase the products.

The delegation, consisting of Minister of Education Dr. Susil Premajayantha and former Sri Lankan Ambassador to Moscow Dr. Saman Weerasinghe, has been delayed by a week, The Sunday Morning learns.

According to sources at the Ministry of Foreign Affairs, Russia has requested the delegation to postpone its visit by a week due to a range of events already planned by the Kremlin.

Russian diplomatic sources also confirmed the one-week delay of the visit to Moscow by the Sri Lankan delegation.