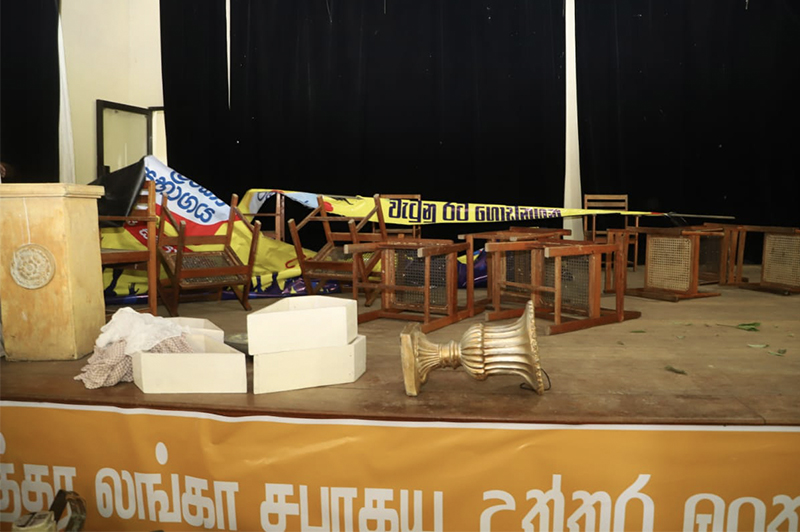 A seminar to mark the advent of the Supreme Lanka Council in Nuwara Eliya yesterday (27) came under attack hours before it was due to begin.

In the early hours of the morning, a group had come to the venue and destroyed the display boards for the event.

Organisers lodged a complaint with Hanguranketha police which accuses the SJB organiser for the area Jayalath Dissanayake, who is also the brother of SLPP MP S.B. Dissanayake, of being responsible.

Despite the incident, the SLC held the meeting with its chairman Wimal Weerawansa presiding.